Acquisition of a new icebreaker

A new state-owned Finnish icebreaker will be built within this activity. The aim is to generally strengthen the icebreaking capacity in the Baltic Sea but also to replace an old and less effective icebreaker. It will be designed and optimized for the severe ice conditions in the northernmost parts of the Baltic Sea area. Furthermore, it will be designed and equipped for oil spill combating and emergency towing missions in open water and in sea ice. A new modern icebreaker is a resource that will strengthen the winter navigation system in the Baltic Sea which will facilitate maritime transports for all trading nations.

New icebreaker will have Dual-Fuel machinery capable to use both diesel and LNG.

Preparation of documents for procurement of design and specification of the new icebreaker has been completed. This sub activity required several separate procurement processes which have all been conducted based on the national public procurement laws.

Concept design and technical specification for procurement of the new icebreaker has been prepared by the winning enterprise.

Procurement of the new icebreaker, performed by the Finnish Transport Agency.

Finnish Transport Agency and Arctech Helsinki Shipyard signed the building contract of the new icebreaker on 14 February 2014. The icebreaker will be delivered by the end of 2015.

The new icebreaker has been designed by Aker Arctic Technology and ILS. The new ship represents new cutting-edge technology and has been designed to operate in the toughest ice conditions in the Baltic Sea. The icebreaker will use both diesel and LNG which will reduce emissions and cost of fuel. It will be the first icebreaker to run on LNG. The icebreaker will also be able to perform oil spill response operations and emergency towing under demanding conditions at open sea and can thus be used all year around. 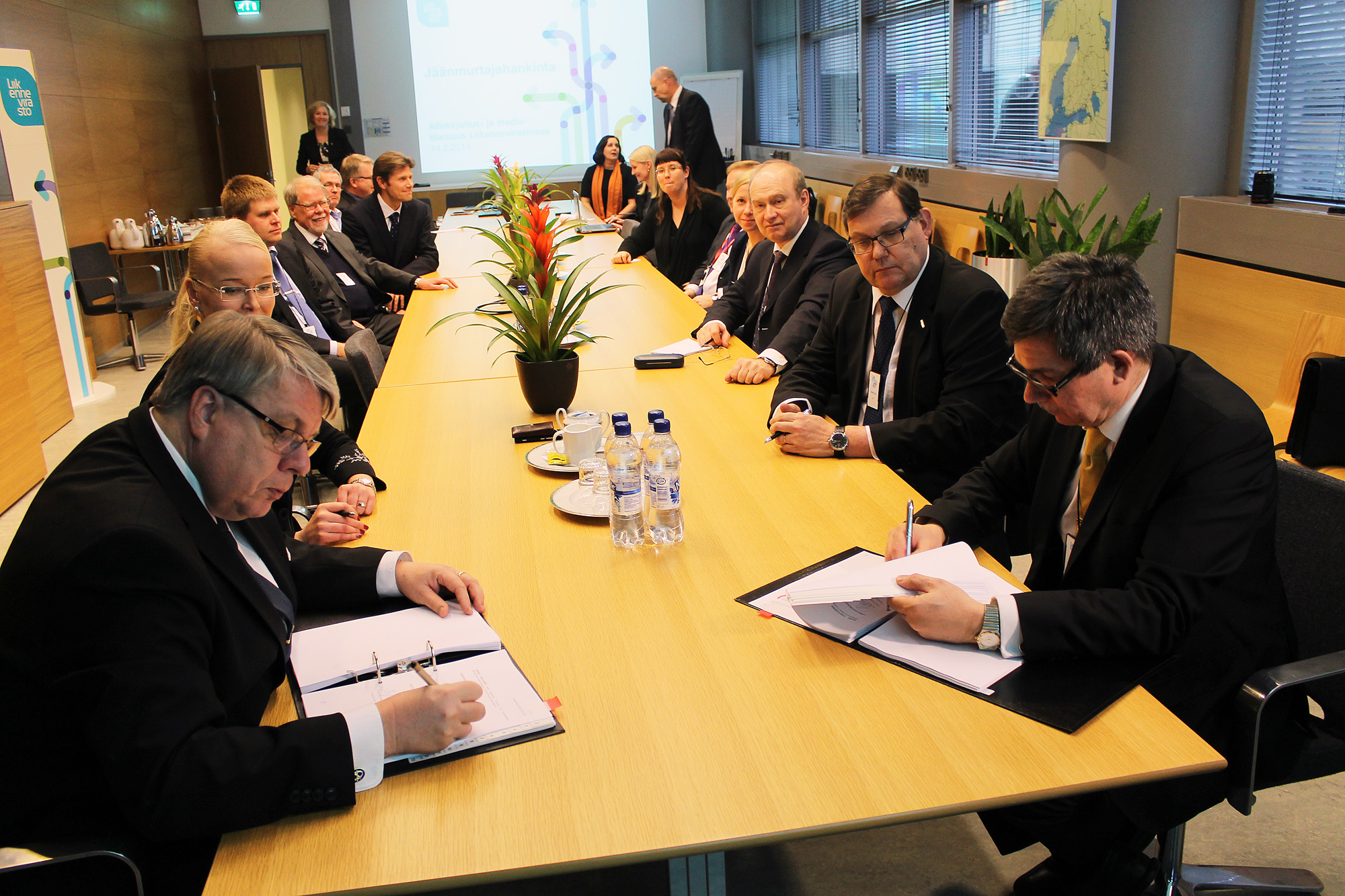 A competition was held in social media in August to name the new icebreaker.  The jury set for the task, has selected a name but it will only be revealed when the icebreaker is launched.

The first parts of the new icebreaker are being built in Western Batija Shipyard in Klaipeda, Lithuania. The segments will then be transferred by barges to Arctech Helsinki Shipyard where major parts of the building works will be done. Some of the shipments have already arrived, and the completed segments can be seen in the pictures below. 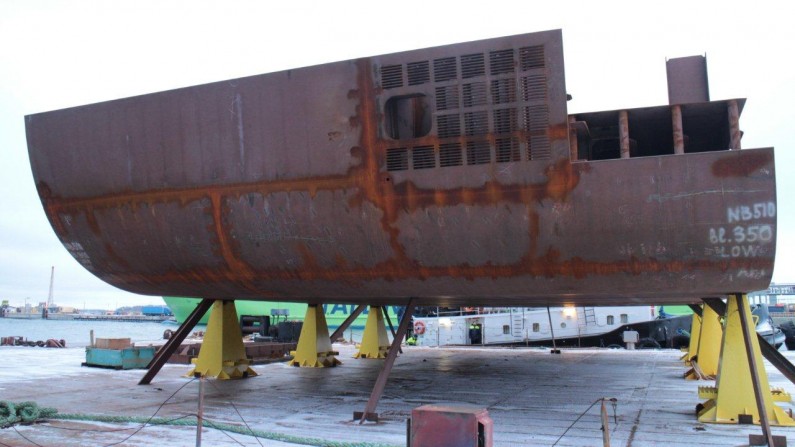 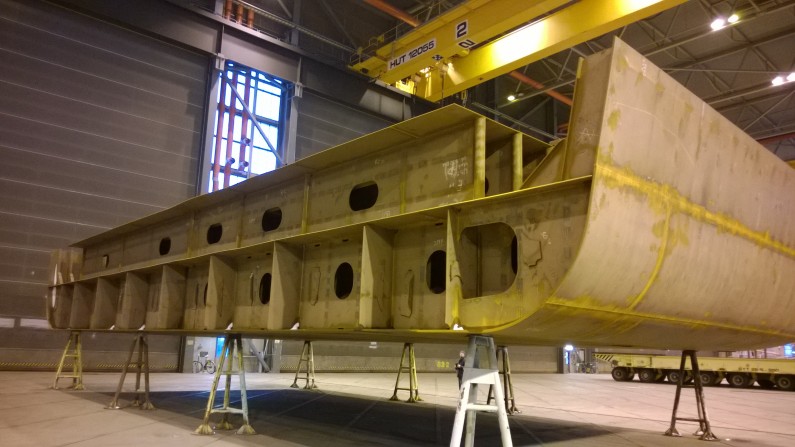 The new icebreaker was the Runner-up for the innovation award at the annual Arctic Shipping Forum seminar organised by Informa Maritime Events in Helsinki on 24 February 2015. The award was given for the propulsion system and usage of LNG. The icebreaker represents the newest state of art technology and energy efficiency has had a major role in the design.  The vessel will use both diesel and LNG which will reduce emissions and fuel costs. 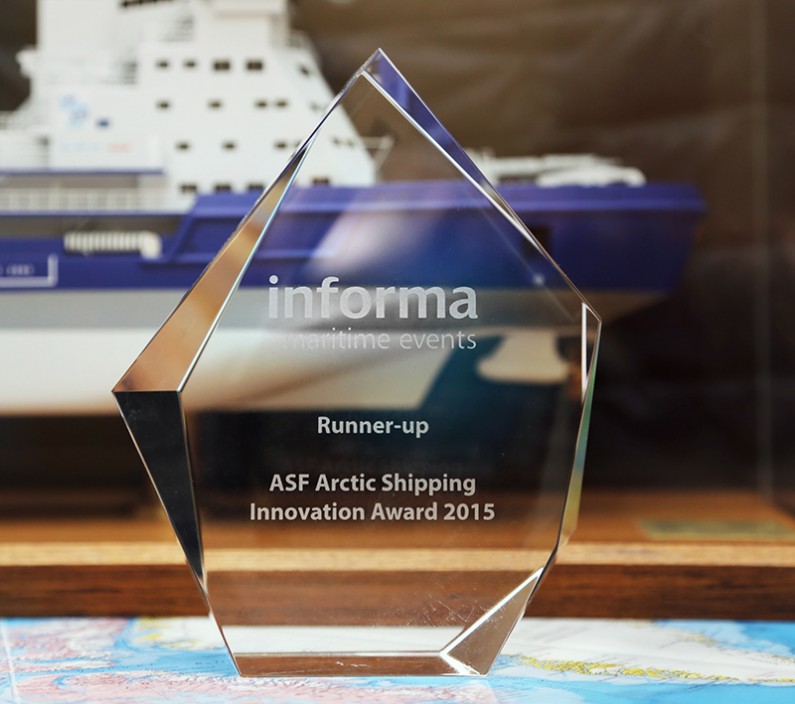 The keel laying took place at Arctech Helsinki Shipyard  4 March 2015  with festive traditions. The keel laying was three weeks ahead of original schedule.

Naming ceremony and christening of icebreaker was arranged at the shipyard on 11 December 2015. The vessel was named Polaris. 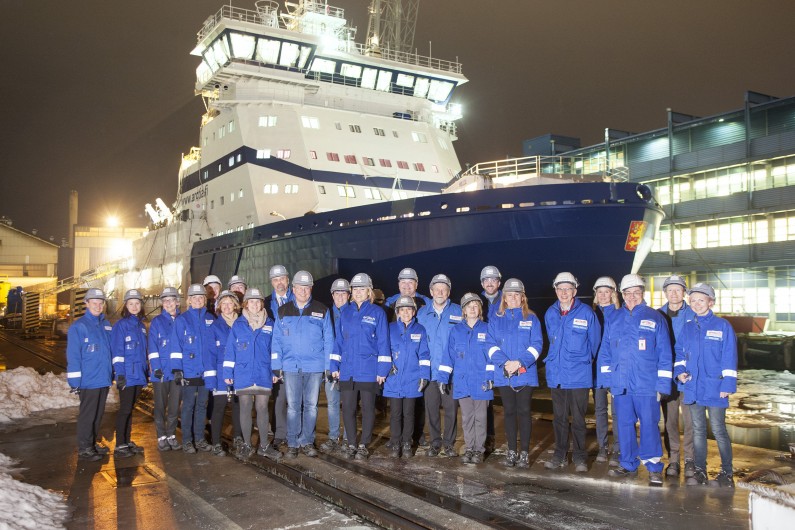 Members of the European Parliament Committee of Transport and Tourism visiting the icebreaker.

Due to delays during the building works the vessel could not be fully finished during the implementation period. The vessel was 96% ready at the end of 2015. The finishing works have continued and sea trials have been ongoing in May.